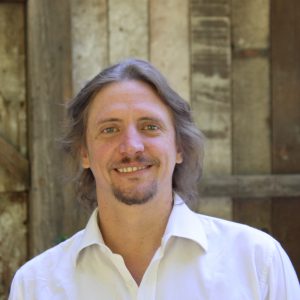 Gaia Amazonas protects the biological and cultural diversity of the Colombian rainforest. They combine state-of-the-art mapping, bottom-up organizing and top-down policy efforts to get communities control of their territories. They then help them manage the land sustainably. They’ve played a key role in establishing indigenous territorial control of 26 million hectares.

As a kid, Pacho spent a lot of time living in Amazon rainforest villages. His father founded Gaia Amazonas in 1990 and Pacho has led the organization since 2013. He currently faces a particularly fraught time in conservation in Colombia as FARC moves out and new actors move in.