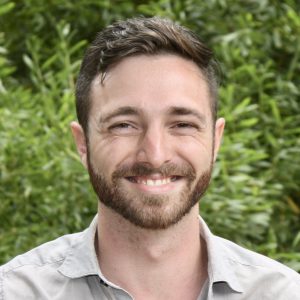 Semilla Nueva is a hybrid seed company that gets rural farmers to grow and sell fortified maize at a competitive price so everyone, especially children, eat more nutritious food.

Curt grew up on an organic farm in Idaho. He studied rural and environmental development at Whitman College. After graduating, Curt moved to Guatemala – a country where 75% of the population lived in poverty and 50% of children were stunted or malnourished. He drove across the country to plant alongside farmers and find out what could be done to improve the lives of their families. He saw that people ate mostly maize-based foods. These foods needed to be turned into a new vehicle to deliver critical nutrients to people. In 2011, Curt founded Semilla Nueva to do that and end malnutrition in Guatemala.