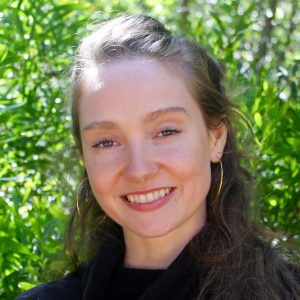 Gwen has start four business working across systems design, technology, and social impact over the past 15 years. She started an industrial design business at age 20 before moving into tech and international development and was consistently interacting with the artisan communities. Again and again, she saw an exclusionary and exploitative supply chain make it impossible for artisans to access an increasingly hungry international market. In 2013, she co-founded Soko to overcome the barriers that were effectively keeping artisans locked in the economic insecurity of their local markets.

Artisan activity is the second largest employer in the developing world, with developing countries accounting for over 60% of global creative goods exports. Artisans create jobs, produce income, and build community. Yet those at the bottom of the pyramid face challenges such as poor infrastructure, poor management and operational capacity, low capital base, lack of training, and lack of information about consumer preferences. Soko is innovating the global supply chain for women's accessories, connecting poor artisans in the developing world to market opportunity worldwide. Soko has increased income to the network of almost 1,000 distributed artisans they work with in Kenya, showing that within two months of joining the Soko platform, artisans have increased their income on average by 4x.