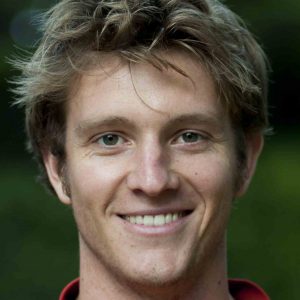 Why we chose Tyler as a Fellow

Just after college, Tyler went to the Amazon to do linguistics research. While he was there, he decided to dedicate himself to a bright future for the region's indigenous communities and spent five years developing Fair Trade initiatives and cultural preservation programs. After he and Dan MacCombie started Runa, Tyler turned down a Fulbright scholarship in order to run Runa full-time.

UNESCO and Conservation International both recognize the Ecuadorian Amazon as one of the top 10 most biodiverse places on the planet. Meanwhile, over 3% of the Ecuadorian Amazon is deforested each year, and the oil extraction industry has left a long legacy of exploitation and destruction in the region. While working in the Amazon, Tyler discovered a native Amazonian tea called guayusa and saw an opportunity for real forest-based livelihoods. Runa improves livelihoods through products that protect the forest and the Amazonian culture: they find viable products made from Amazonian plants, like guayusa, and create businesses to sell them at scale.