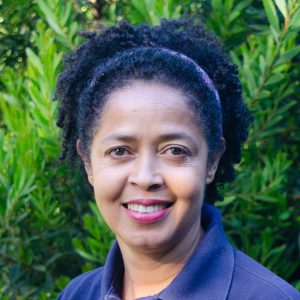 Wildlife Direct connects people to wildlife through a television program to inspire the next generation to conserve nature. A big success was their advocacy and engagement of the people of Kenya to protect threatened elephants with their “Hands Off Our Elephants” campaign.

Paula is an African wildlife conservationist with a love of storytelling. She hatched the idea of the successful “Hands Off Our Elephants” campaign with the First Lady of the Republic of Kenya, Margaret Kenyatta to engage Kenyans to protect elephants. Paula has won many awards for her advocacy, including the Whitley Award in 2014, National Geographic Howard Buffet Award for conservation leadership in 2010 and is a National Geographic Emerging Explorer. She earned a PhD in Ecology from Princeton University where she first studied elephants.